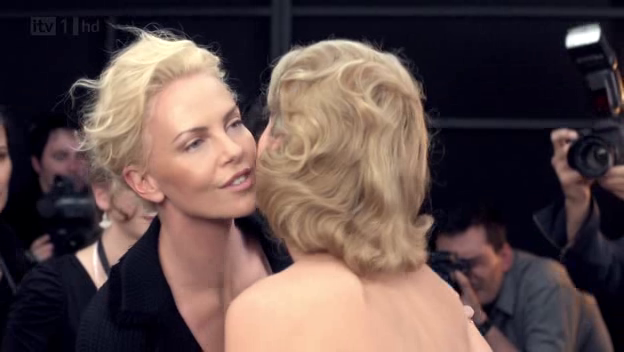 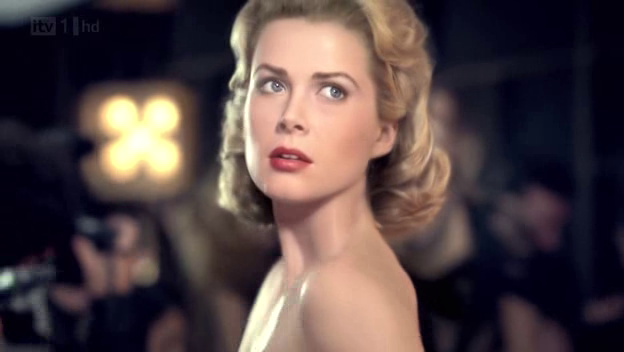 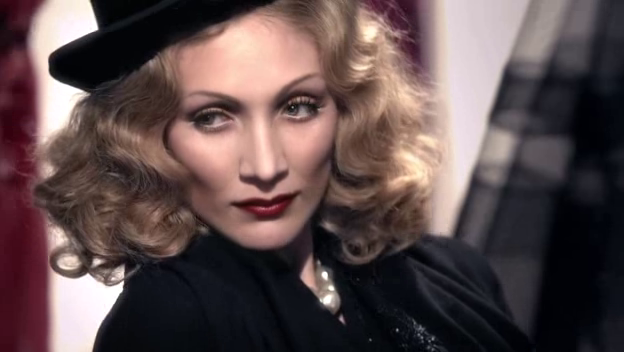 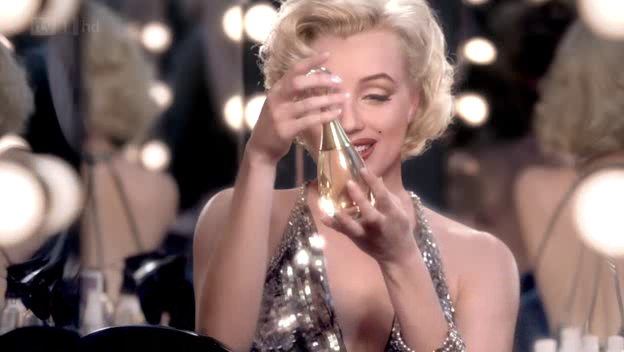 Pentru conformitate, iată şi transcrierea voice-over-ului din finalul filmului Mysterious Skin de Gregg Araki (2004):
And as we sat there listening to the carolers, I wanted to tell Brian it was over now and everything would be okay. But that was a lie, plus, I couldn't speak anyway. I wish there was some way for us to go back and undo the past. But there wasn't. There was nothing we could do. So I just stayed silent and trying to telepathically communicate how sorry I was about what had happened. And I thought of all the grief and sadness and fucked up suffering in the world, and it made me want to escape. I wished with all my heart that we could just leave this world behind. Rise like two angels in the night and magically... disappear. (Joseph Gordon-Levitt în rolul tulburatului şi turbulentului Neil) 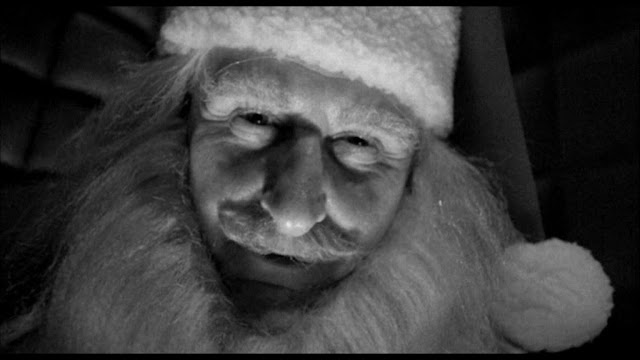 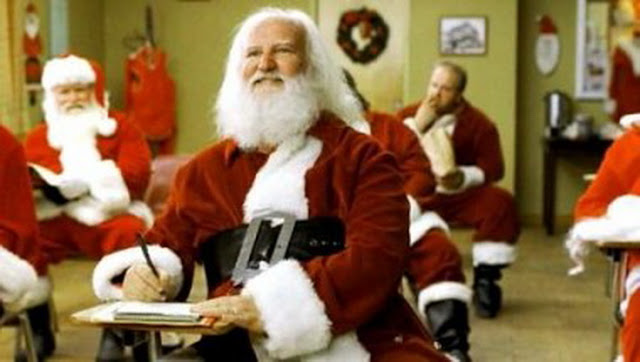 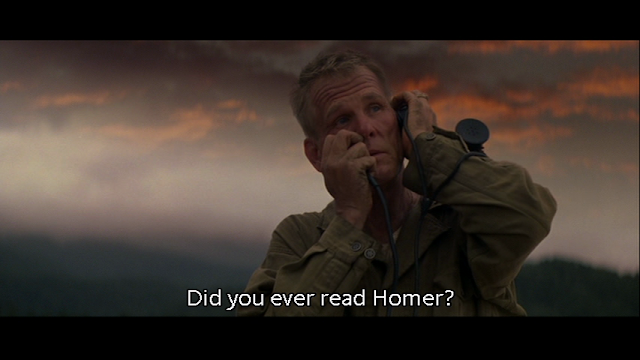 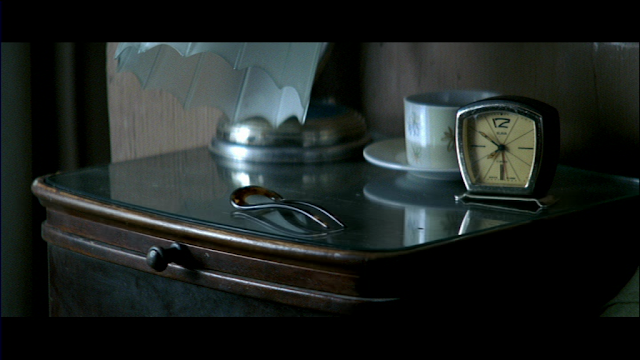 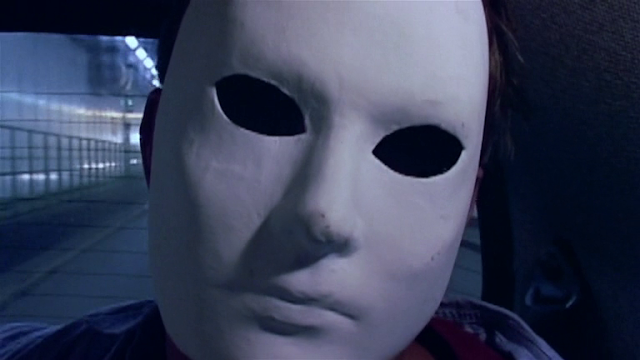 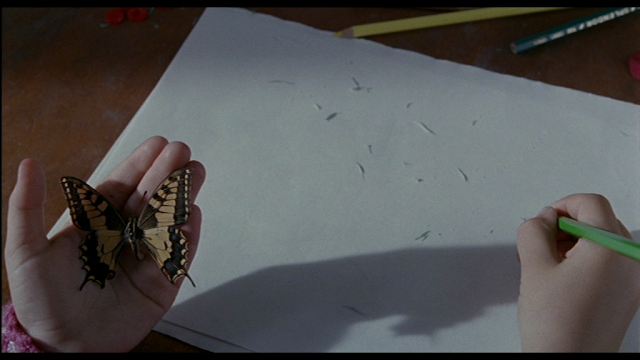 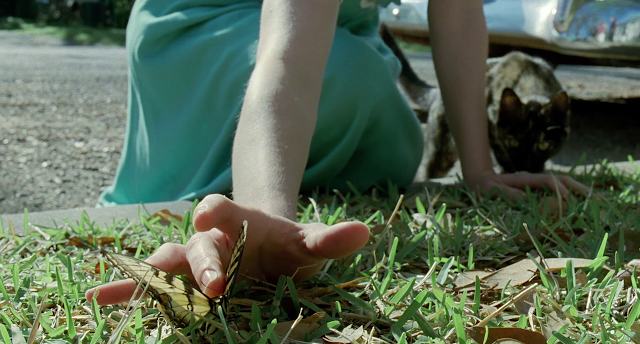 Hitch: „Without the element of surprise the scenes become meaningless”

Francois Truffaut: In other words, what intrigues you is the paradox between the inner fire and the cool surface.
Alfred Hitchcock: Definitely. I think the most interesting women, sexually, are the English women. I feel the Swedes, the northern Germans, and Scandinavians are a great deal more exciting than the French, the Latin, and the Italian women. Sex should not be advertised. An English girl, looking like a schoolteacher, is apt to get into a cab with you and, to your surprise, she’ll probably pull a man’s pants open.
Truffaut: I appreciate your viewpoint, but I doubt whether the majority of the public shares your tastes in this matter. I think the male audience prefers a highly carnal woman. The very fact that Jane Russell, Marilyn Monroe, Sophia Loren, and Brigitte Bardot became stars, despite the many flops in which they appeared, seems to bear this out. The majority of the public, it seems to me, prefers the kind of sensuality that is blatant.
Hitchcock: That may well be true, but you yourself admit that those actresses generally make bad films. Do you know why? Because without the element of surprise the scenes become meaningless. Look at the opening of To Catch a Thief. I deliberately photographed Grace Kelly ice-cold and I kept cutting to her profile, looking classical, beautiful, very distant. And then, when Cary Grant accompanies her to the door of her hotel room, what does she do? She thrusts her lips right up to his mouth. 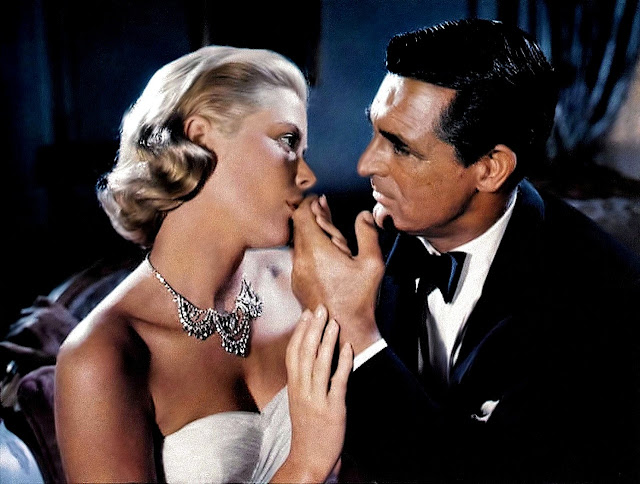 Truffaut: I’m willing to grant that you manage to impose that concept of icy sexuality on the screen, but I still feel the audience prefers the kind of sex that’s obvious and tangible.
Hitchcock: Maybe so. Anyway, when the picture is over, the public’s pretty satisfied with it.
(fragment din Hitchcock de Francois Truffaut & Helen G. Scott)
semnat cinesseur at 18:00
Trimiteți prin e-mail Postați pe blog!Distribuiți pe TwitterDistribuiți pe FacebookTrimiteți către Pinterest
Labels The Hitchhiker's guide to cinematography 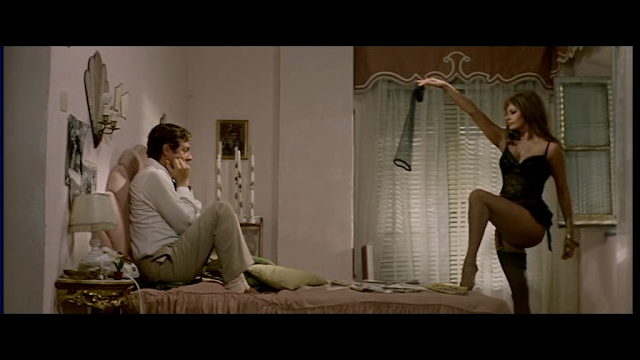 Key to the kingdom: I think it was Betty Davis who said old age is not for sissies. But it was Tolstoy who said the biggest surprise in a man's life is old age. Old age sneaks up on you, and the next thing you know you're asking yourself, I'm asking myself, why can't an old man act his real age? How is it possible for me to still be involved in the carnal aspects of the human comedy? Because, in my head, nothing has changed. (David Kepesh)
semnat cinesseur at 13:00
Trimiteți prin e-mail Postați pe blog!Distribuiți pe TwitterDistribuiți pe FacebookTrimiteți către Pinterest
Labels Bric-Brac

De Exarhu.
Everything in its right place (sugestie de soundtrack). 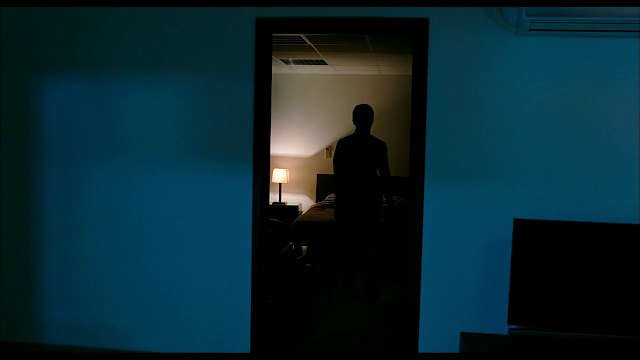 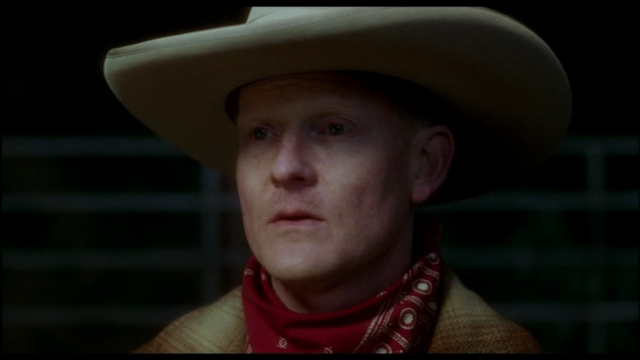 When you see the girl in the picture that was shown to you earlier today, you will say, "this is the girl". The rest of the cast can stay, that's up to you. But that lead girl is "not" up to you. Now you will see me one more time, if you do good. You will see me, two more times, if you do bad. Good night. (Monty Montgomery as Cowboy in Mulholland Dr., dir. David Lynch, 2001)
semnat cinesseur at 20:00
Trimiteți prin e-mail Postați pe blog!Distribuiți pe TwitterDistribuiți pe FacebookTrimiteți către Pinterest
Labels Monday monologues 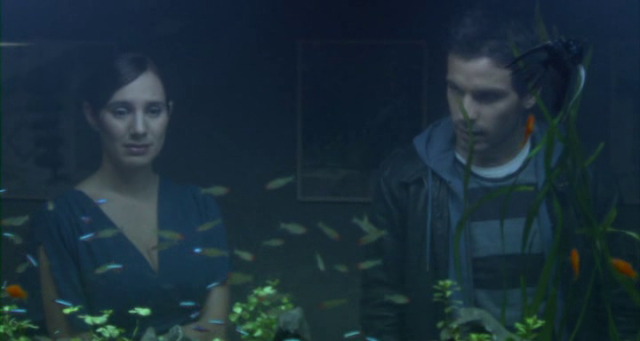 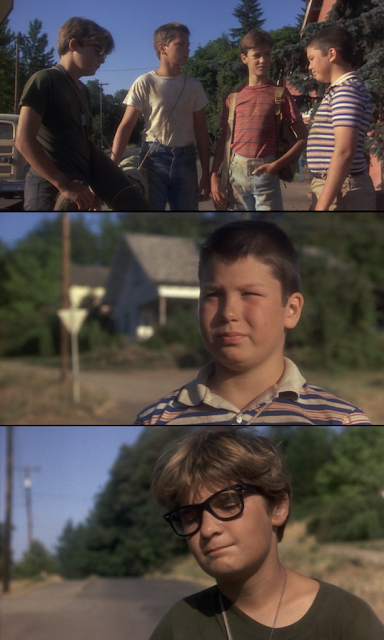 As time went on we saw less and less of Teddy and Vern, until eventually they became just two more faces in the halls. It happens sometimes. Friends come in and out of your life like busboys in a restaurant. I heard that Vern got married out of high school, had four kids, and is now the forklift operator at the Arsenault lumberyard. Teddy tried several times to get into the Army, but his eyes and ear kept him out. The last time I’d heard, he’d spent some time in jail. He was now doing odd jobs around Castle Rock. Chris did get out. He enrolled in the College-courses with me. And although it was hard he gutted it out like he always did. He went on to College and eventually became a lawyer. Last week he entered a fast food restaurant. Just ahead of him, two men got into an argument. One of them pulled a knife. Chris who would always make the best peace tried to break it up. He was stabbed in the throat. He died almost instantly. [typing] Although I haven't seen him in more than ten years I know I'll miss him forever. I never had any friends later on like the ones I had when I was twelve. Jesus, does anybody? (Richard Dreyfuss as The Writer in one of the best adaptations of a Stephen King story: Stand by Me, dir. Rob Reiner, 1986)
semnat cinesseur at 17:00
Trimiteți prin e-mail Postați pe blog!Distribuiți pe TwitterDistribuiți pe FacebookTrimiteți către Pinterest
Labels Monday monologues 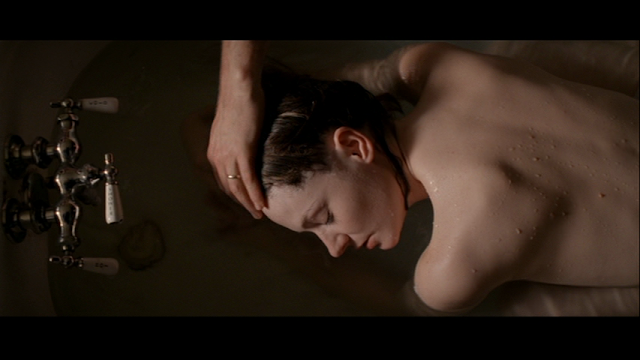 Timişoara, I love you! 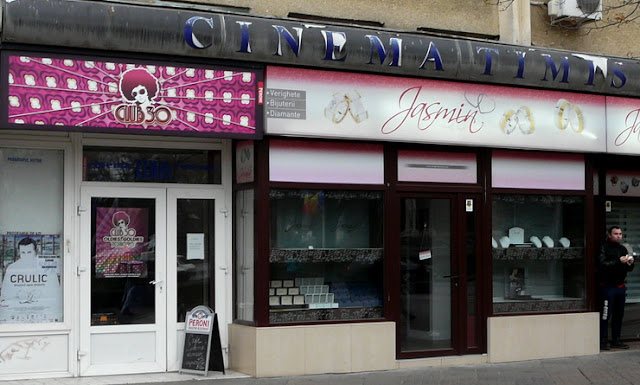