Kubrick in the mix! 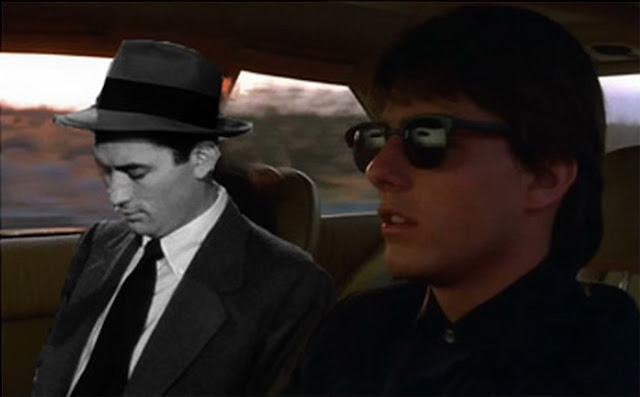 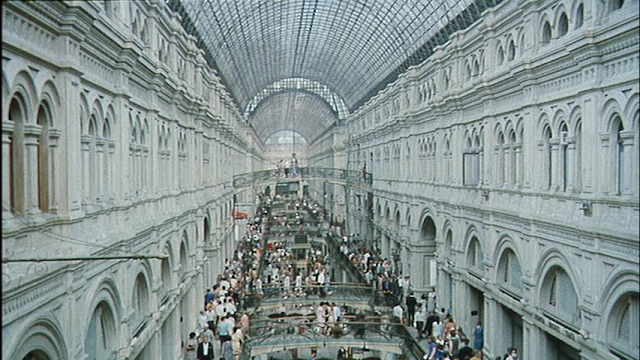 She used to eat roses! 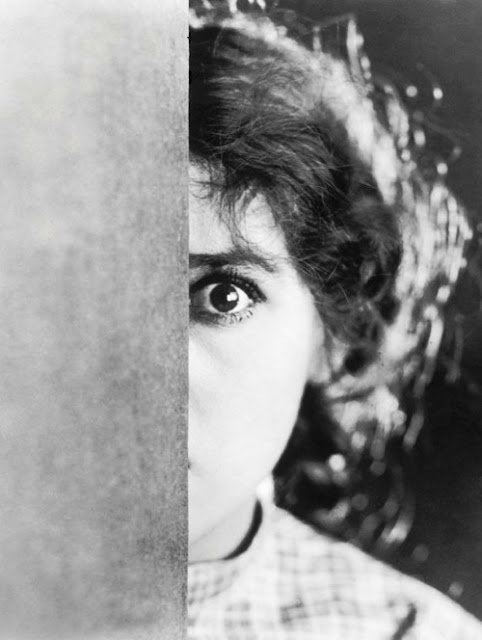 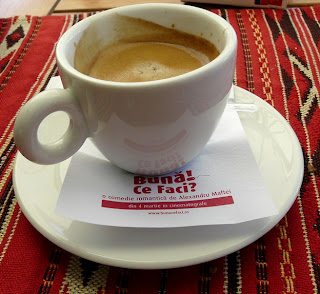 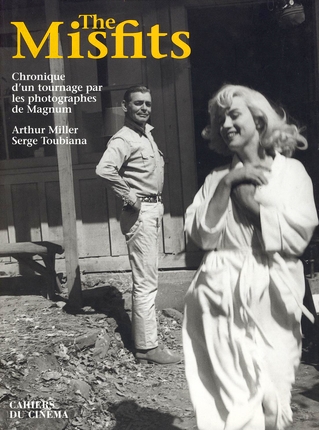 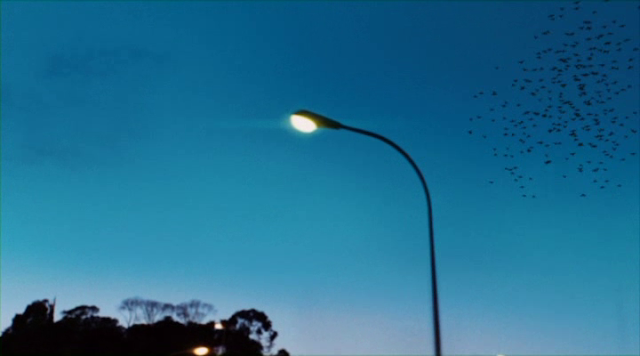 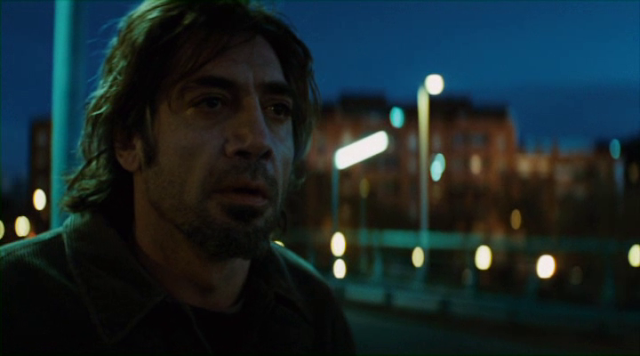 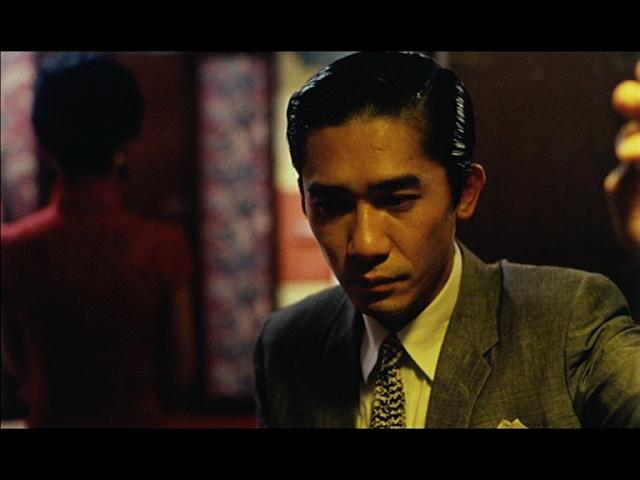 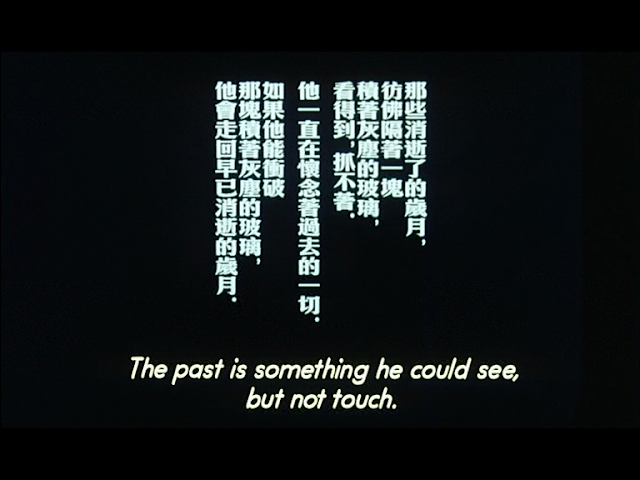 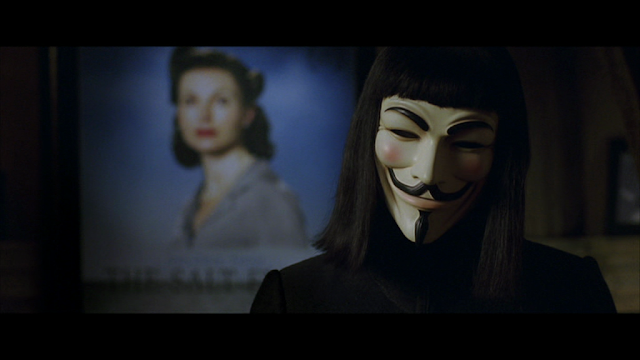 Voilà! In view, a humble vaudevillian veteran, cast vicariously as both victim and villain by the vicissitudes of fate. This visage, no mere veneer of vanity, is a vestige of the vox populi, now vacant, vanished. However, this valorous visitation of a bygone vexation stands vivified, and has vowed to vanquish these venal and virulent vermin vanguarding vice and vouchsafing the violently vicious and voracious violation of volition.
The only verdict is vengeance; a vendetta held as a votive, not in vain, for the value and veracity of such shall one day vindicate the vigilant and the virtuous. Verily, this vichyssoise of verbiage veers most verbose vis-à-vis an introduction, so let me simply add that it's my very good honour to meet you and you may call me V. (Hugo Weaving as V. in V for Vendetta, dir. James McTeigue/2006)

How Mike Leigh makes a Film

More ideas from Leigh here!
The filmmaker is known for his idiosyncratic creative process in which he and his actors create the film together through workshopping and improvisation.
semnat cinesseur at 18:00
Trimiteți prin e-mail Postați pe blog!Distribuiți pe TwitterDistribuiți pe FacebookTrimiteți către Pinterest
Labels Cineau(c)tori 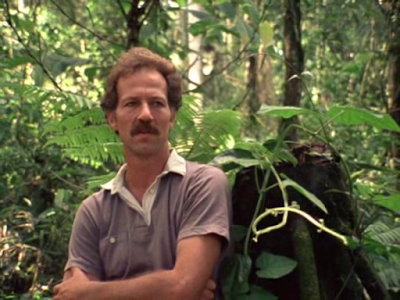 Psychology Today: Do you have any formal interest in psychology?
Werner Herzog: I loathe psychology as one of the major faults of our civilization nowadays. There’s something not right about this amount of introspection. I can only give you a metaphor: When you move into an apartment, you cannot start to illuminate every last corner with neon light. If there are no dark corners or hidden niches, your house becomes uninhabitable. Human beings who are trying to self-reflect and explore their innermost being to the last corner become uninhabitable people.
PT: Let’s not forget that psychology isn’t just about introspection; it can shed light on other people.
Herzog: No, you can understand others by other means. By dint of compassion, you understand other people, and there is a concordance of hearts. That is something different. Move away from psychology and engage in concordance of hearts. (via)
semnat cinesseur at 20:00
Trimiteți prin e-mail Postați pe blog!Distribuiți pe TwitterDistribuiți pe FacebookTrimiteți către Pinterest
Labels Cineau(c)tori, Werner Herzog 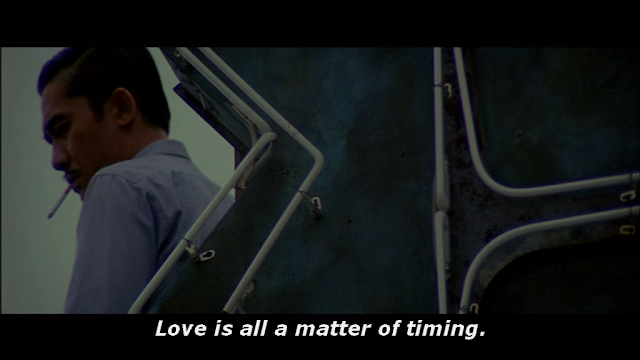 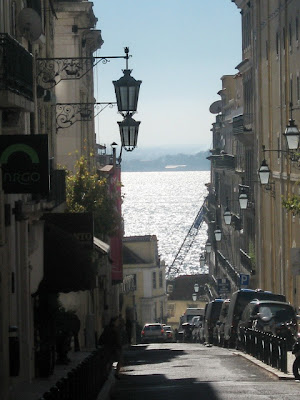 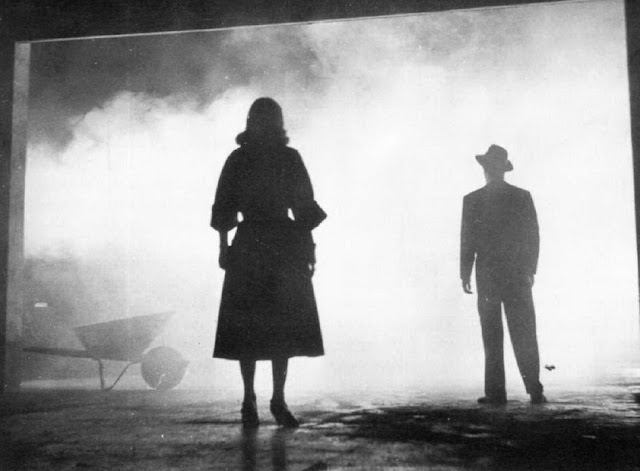 Scene from The Big Combo (dir. Joseph H. Lewis, 1955), one of the great film noir detective classics in terms of style. It is also considered as one of the best work of legendary cinematographer John Alton.
„For Brooks, Alton produced moodier, more downbeat effects, sometimes - as in The Brothers Karamazov - deliberately jarring. In an attempt to suggest the psychological turmoil of Dostoyevsky's characters, he devised an expressionistic lighting scheme that threw deep shadows of saturated primary colours, a technique widely dismissed as crude and overemphatic. A similar approach, but more subtly applied, worked far better in Elmer Gantry, John Fitzpatrick noted how Alton's photography «catches the Dust Bowl reds and browns by day and casts them against blue-black voids at night». Many of the movie's nocturnal episodes, though filmed in colour, convey a noirish feel of claustrophobic obsession.

Alton's last masterpiece of pure noir cinematography was The Big Combo, routine gangland-vengeance stuff transmuted by its visual treatment. Jean-Pierre Coursodon observed how «Lewis's carefully studied spatial organization and positioning of actors, matched by John Alton's masterful balance of sparse lighting and engulfing darkness in predominantly deep-focus setups, create a dazzlingly rich texture which at times... verges on the abstract». In its blend of trash content and sheer overwrought style, The Big Combo strikingly exemplifies how, in the hands of a master like Alton, cinematography can on occasion take precedence over script, acting, and possibly even directing, in determining the key quality of the creative mix. (Philip Kemp - International Dictionary of Films and Filmmakers.Vol 4: Writers and Production Artists, 2000)

„Where there is light, there is hope. When one is lost in the dark of the night, and suddenly discovers a ray of light in the far-off distance, he begins to feel more at ease. In motion picture photography the turning on of a light, the lighting of a lamp, the arrival of someone with a lantern, or the sudden appearance of any light is used to enhance drama. «Clear as daylight», goes the old saying. Daylight brings relief. In contrast to captivity there is no greater joy than to be free, to go wherever and whenever one pleases and do whatever one desires. This can best be depicted with gay light. To show the liberation of a prisoner by bringing him out of the gray prison into the glaring sunlight, city traffic, clouds, wind, children playing, birds singing and chirping, is showing the symphony of life itself.

The Radio Dial as a Light Source

The Power of Light

To realize the power of light and what it can do to the mind of the audience, visualize the following little scene: The room is dark. A strong streak of light sneaks in from the hall under the door. The sound of steps is heard. The shadows of two feet divide the light streak. A brief silence follows. There is suspense in the air. Who is it? What is going to happen? Is he going to ring the bell? Or just insert a key and try to come in? Another heavier shadow appears and blocks the light entirely. A dim hissing sound is heard, and as the shadow leaves, we see in the dim light a paper slip onto the carpet. The steps are heard again. This time they leave. A strong light appears once more and illuminates the note on the floor. We read it as the steps fadeout in the distance. «It is ten o’clock. Please turn off your radio. The Manager»”. (from John Alton’s book Painting With Light, 1995)
semnat cinesseur at 19:00
Trimiteți prin e-mail Postați pe blog!Distribuiți pe TwitterDistribuiți pe FacebookTrimiteți către Pinterest
Labels Cine-qua-non, Cineau(c)tori 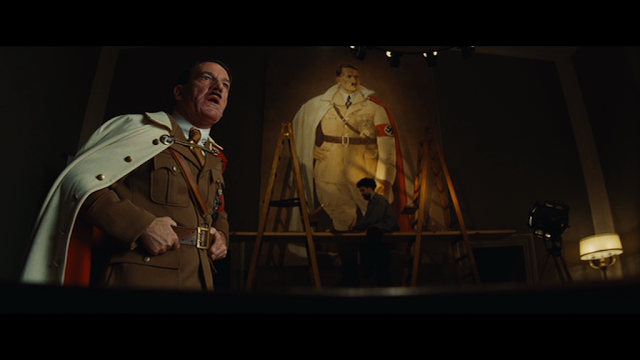 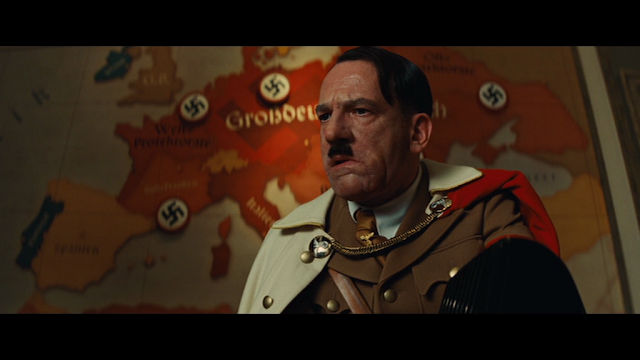 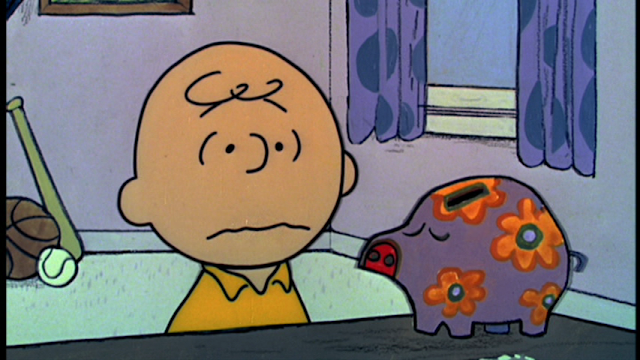 „Sometimes I lie awake at night, and I ask, «Where have I gone wrong?’» Then a voice says to me, «This is going to take more than one night». This whole thing makes me feel as though I'm being drafted.” Charlie Brown (voice: Peter Robbins) in A Boy Named Charlie Brown (dir. Bill Melendez, 1969)
semnat cinesseur at 21:00
Trimiteți prin e-mail Postați pe blog!Distribuiți pe TwitterDistribuiți pe FacebookTrimiteți către Pinterest
Labels Monday monologues 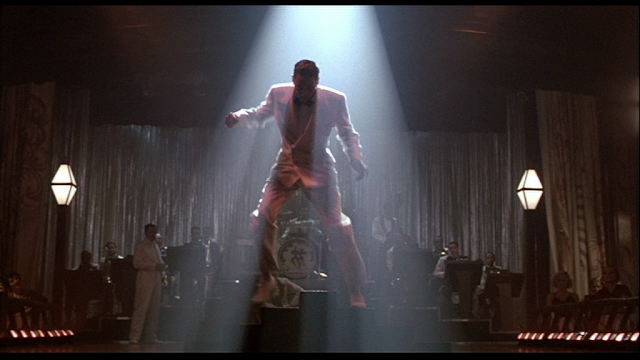 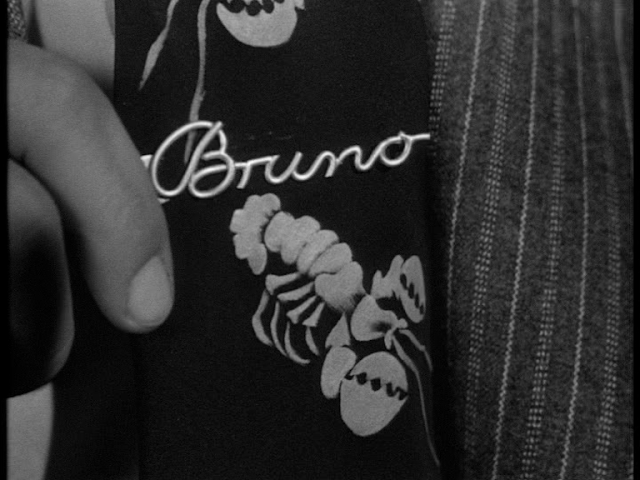 "The original script called for Crown (Steve McQueen) to go sky-diving as a release from his post-robbery tension. I changed skydiving to glider-flying. The scene was simple, just a glider drifting and rolling against the blue sky. As we were shooting it, I knew it would need a particular kind of song behind it, something like the Beatles’ Strawberry Fields.

Michel Legrand produced a melody that was, like Strawberry Fields, on the baroque side. Listening to the melody, one had a sense that it would go on forever, just like the flight of the glider. Alan & Marilyn Bergman picked up on this quality in their lyrics. The images they conceived were all circular: “Like a snowball down the mountain / Or a carnival balloon / Like a carousel that’s turning/ Runnings rings around the moon.” The song was called The Windmills of Your Mind and I loved it." 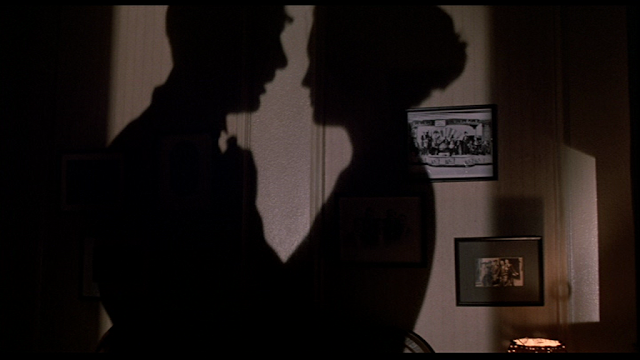