1. How did you become a critic? What was your professional trajectory?

2. How do you approach the writing of a critical piece? How do you work it up?

For me, there are three conscious motivations for writing a film critique:
– to transmit into writing an experience (watching a film) that itself has nothing to do with writing.
– to make a case for a certain taste - or a violent distaste.
– to extrapolate, on the basis of this or that particular film, a general state of cinema at this or that moment of its history, and our history.

3. How much influence do you think you exert on the commercial success or failure of a film?

Today, a monthly magazine’s influence upon the big productions (of the L’Avare [Louis de Funès/Jean Girault, 1980] type) is more negligible than ever - in this case, it’s the public that decides. For prestige releases (of the Don Giovanni [Joseph Losey, 1979] type), the magazine’s role is, eventually, one of publicity back-up - in this case, it’s the media that does the main job of promotion. The influence is real only for those films that waver between a non-release, pure and simple, and a ‘limited’ release, between zero and five thousand tickets. But it’s less in its criticism than in a direct intervention into distribution that a film monthly can wield an influence (that’s why, each year, we organise our ‘Cahiers Week’). In fact, films have either too much or too little need for us, making it impossible to truly critique them.

4. What, for you, is the role of criticism in the evolution of cinematic forms?

Criticism traces demarcation lines, invents distances and makes evaluations precisely where they do not exist: in the domain of images (and thus, the imaginary). It can allow the average cinema-going public to find itself within this space, since it has neither the time nor the training to lose itself there. I don’t believe much in criticism’s influence - at least, not direct influence - on those who make films. Forms metamorphose at levels at once microscopic and macroscopic, finer and broader, within cinema and beyond it - levels that critics usually haven’t a clue about.

5. What is the place of film History and cinema theories in your work?

Some place for history. A bigger place for ‘theories’. At least, those theories we experimented within Cahiers at the start of the ‘70s, and have largely abandoned since. That said, ‘theory’ is a big word to define some obsessive ideas that, at best, constitute a problematic. In the case of Cahiers, these questions are: transparency, the off-screen, the place of the spectator, editing, cinema as a dispositif of power, etc. But to be perfectly honest, I must add: we are currently at a low-point that still doesn’t let us get back to such questions. 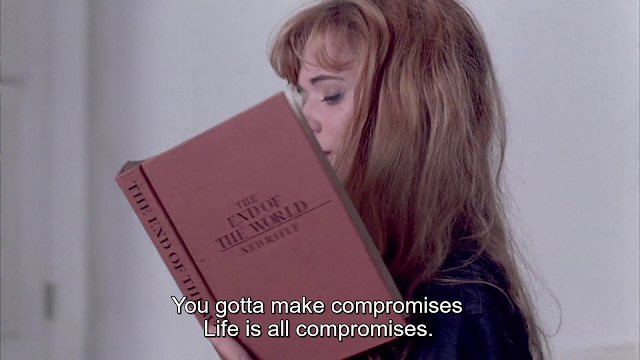 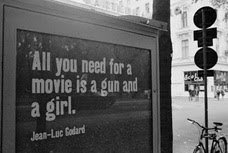 Unless specified otherwise, text on this blog is copyrighted © by the blog author (cinesseur). Excepting some (source mentioned), all the images (screencaptures) are taken directly from DVD movie releases. I think you should know that!