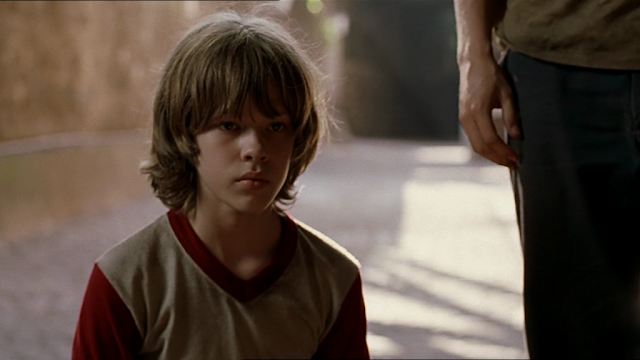 „I think you might have chiggers. They're too small to see, so it's just from the bites. The bites are really big. You know, chiggers... they're like the smallest animals on earth to have such a harmful bite. They hurt a lot and it's like poison ivy. I read a book about them but it was a long time ago and I forget now. But I do remember that they don't bite your skin, they just... Well, they bite your skin, they don't feed off of it. They just bite it, and that's where their nest is that little red dot. And if you smush them, they die. They're all red, but in the middle, it's even redder like flowers, you know, with the thorns. But on the outside they're just pink, like your bumps right there. If we were like big-size chiggers... if I bit you, there'd be a big lump on your head. Really big. Because the bites are bigger than they are. So it would hurt a lot. If we moved to some country like Iceland or Nebraska there it's too cold for them, so we'd be safe. And they'd all either die or run away.” (Devon Alan as Tim Munn in David Gordon Green's intense combination of the family drama and Southern Gothic thriller, Undertow/2004)
semnat cinesseur at 15:00
Trimiteți prin e-mail Postați pe blog!Distribuiți pe TwitterDistribuiți pe FacebookTrimiteți către Pinterest
Labels Monday monologues
Postare mai nouă Postare mai veche Pagina de pornire